His words helped shape the progressive society we live in today. 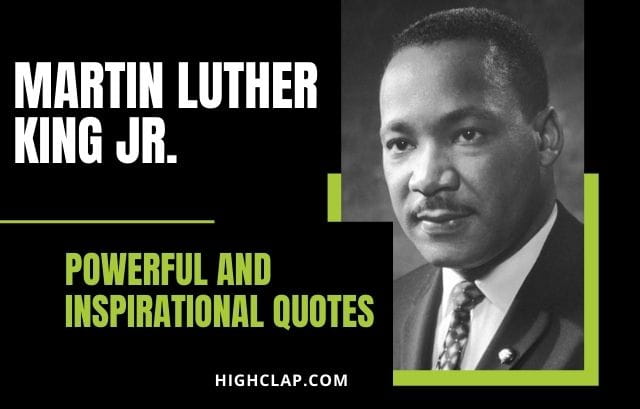 Dr. Martin Luther King Jr. was an activist, a famous leader in the civil rights movement from 1955 until his assassination in 1968.

In 1964, he was given the Nobel Peace Prize for combating racial inequality through nonviolent movement.

We at HighClap, rounded up this list of the most inspiring and powerful Martin Luther King Jr. quotes which helped shape the progressive society we live in today.

Also, check out this amazing video on Martin Luther King Jr. Quotes. You can subscribe to our YouTube channel to stay  updated about new videos.

Which Martin Luther King Jr. quotes inspired you the most? Share your views by connecting with us on Twitter or Facebook. Also, don’t forget to bookmark the quotes section for more such inspiring and motivational quotes from famous personalities.

Do you want more inspiring quotes? Check out…