We at HighClap bring you the most exhaustive collection of best of Kumar Sanu Songs with lyrics. 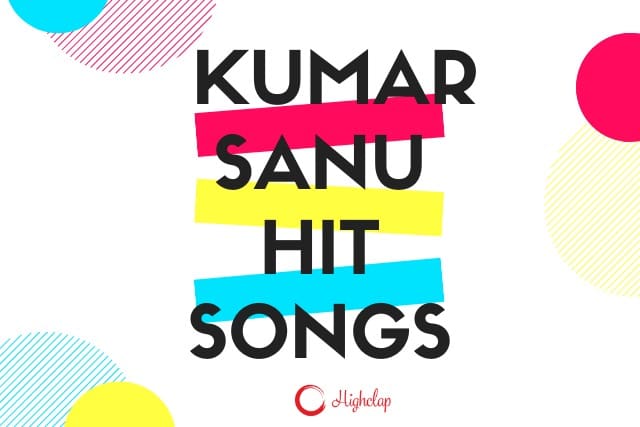 Kumar Sanu also known as King of Melody is an Indian playback singer with thousands of hit songs in his kitty. He has ruled 90s Bollywood songs like no one ever could. He has won five back-to-back Filmfare Awards for Best Playback Singer from 1990 to 1994. In 2009, he was awarded the Padma Shri for his contribution to Indian cinema and music.

He was given his first break by Kalyanji-Anandji, who gave him a chance to sing in the movie Jaadugar. He was best recognized for the songs in the movie Aashiqui, which is the biggest musical hit movie of all time.

Let's check out the list of hit romantic and sad songs by Kumar Sanu!

Interesting Facts About Kumar Sanu Every Fan Should Know

We hope you will like our collection of Kumar Sanu songs. If you wish to add more songs, please connect with us on Facebook or Twitter.

25+ Best Alka Yagnik Songs Of All Time, With Lyrics