We at HighClap present Alka Yagnik songs list, with lyrics. These songs are iconic and have been breaking popularity charts since their release. 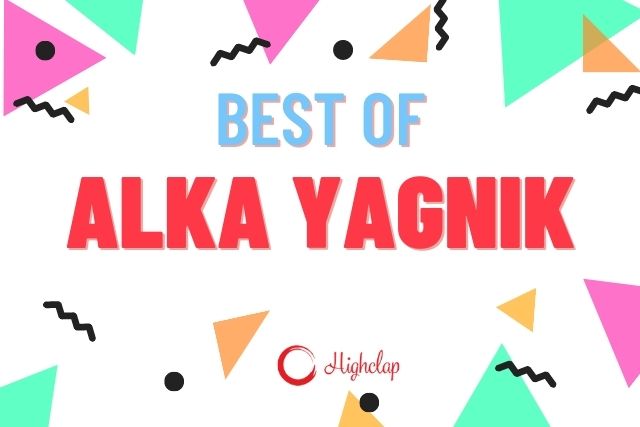 Alka Yagnik is undoubtedly queen of playback singing. She has sung more than 2,000 songs in  1,114 Hindi movies. She is a recipient of seven Filmfare Awards for Best Female Playback Singer and two-time recipient of the National Film Award. This number speaks of her unmatchable contribution to Indian cinema and music.

She started singing at the mere age of 6 years old. Her first commercial Bollywood song was Payal Ki Jhankaar in 1980. But she rose to fame with the song Ek Do Teen from the film Tezaab.

Most of her duets are with established singers Kumar Sanu, Udit Narayan and Sonu Nigam.

We hope you will like our collection of Alka Yagnik songs. If you wish to add more songs, please connect with us on Facebook or Twitter.

15 Best Thanksgiving Songs For Kids, With Lyrics
15+ Best Christmas Songs To Listen To This Holiday Season

25+ Of The Best Taylor Swift Songs That Dominated Billboard Charts