We at HighClap present a list of hit Salman Khan songs with lyrics. We also have some really interesting facts about the star which are going to make you love him even more. 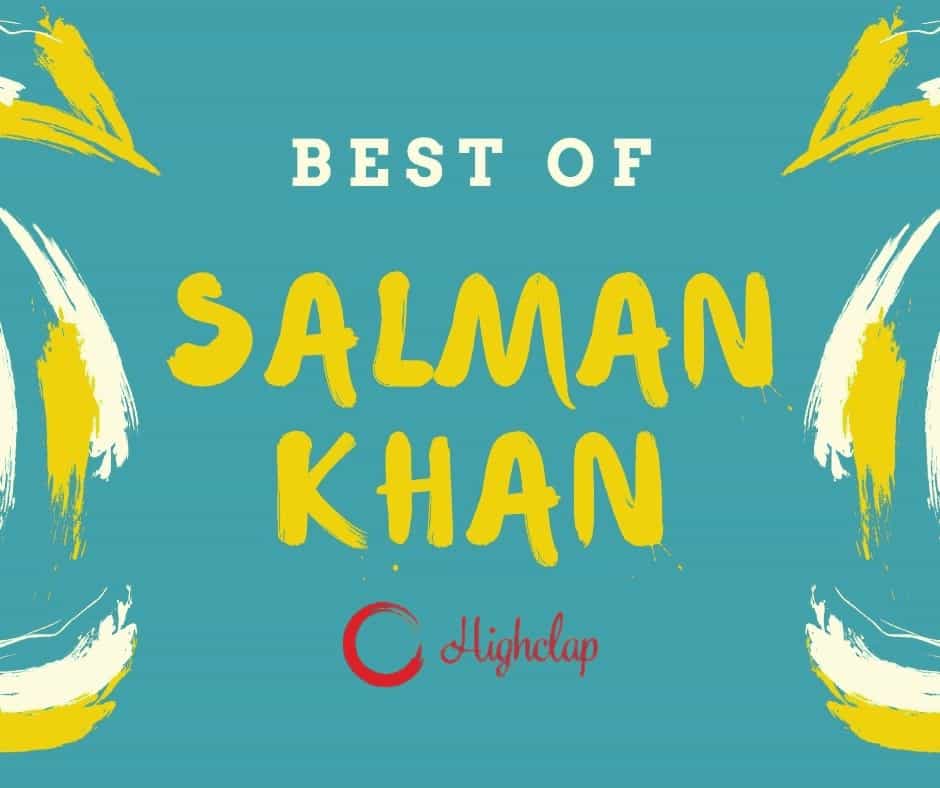 Salman Khan the Tiger of Bollywood, rules hearts with his generosity and charismatic personality. He is one of the most commercially successful Indian Bollywood actors with a dozen of 100 crore movies in his name.

His movie Maine Pyar Kiya was one of the highest grossing films which also earned him his first nomination for the Best Actor at Filmfare. After that he never looked back and gave multiple iconic movies which include Hum Aapke Hain Koun..!!, Karan Arjun, Andaz Apna Apna and many more.

The Dabangg actor is also appreciated as host of popular TV shows Big Boss and Dus Ka Dum. From past two decades, Salman Khan has earned a massive fan following and is fondly called as Bhaijaan by his fans. His movies Wanted, Ready, Dabbang, Bajrangi Bhaijaan, Ek Tha Tiger, etc. have made him one of the few actors with such a long successful career.

Click to view an enlarged version of this infographic

Take a look at our collection of Salman Khan’s songs, with lyrics. These hit songs of Salman Khan are loved by all and are sure going to entertain you!

9 Popular Ram Navami Songs And Bhajans In Hindi, With Lyrics

25+ Most Popular And Romantic Valentine's Day Songs, For Lovers
15+ Best Christmas Songs To Listen To This Holiday Season